Ok, im finishing few projects. The rest of the studio team is painting trolls for a costumer, and im finishing a new gaming table and working on a nurgle warshrine! 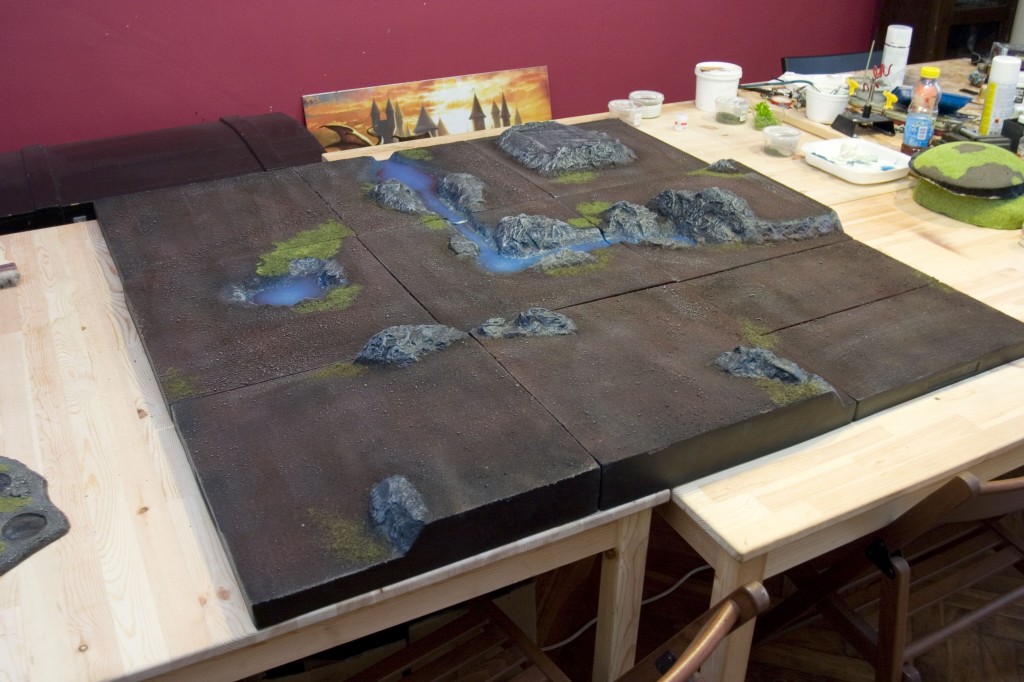 Hooah! There are the photos of first Tyranid detachment leaving the HIVE!

They’re now waiting until somebody buys them on eBay so that they can infestate his (or her) house and turn it into another spore colony, muuahahahahahahha 😀

Update 24.09: we’ve got 10 Hormagaunts ready! They’re painted & dipped on ‘Basic’ level, with some blood&gore on them.
In progress: 26 Genestealers and some big bosses, including a Hive Tyrant and a very old Biovore!
Come back later for updates on this project!

Few days ago , we put our hands on some tyranids models! We though…why not – lets make a hive fleet! Its gona be lvl 1 . And Yes its gonna go to E-Bay!

What so interesting You may ask? There are some rely old metal models!! Some  hardcore stuff for real collectors

And we gonna make conversions also

Horde of skeletons straight from the heat of slaughter! Total of 24 miniatures + unit fillers – so a horde of 30. Can arrange the first row whit swords or spears
Painted by Przemo

I finally have my Arachnarok done!

Thing worth noting, the base resembles a typical Polish forest with a lot of branches, shrubs, moss and also some mushrooms & berries. The pieces of wood are natural and wero collected in a park near the studio

Ok, we do not have such big and red-coloured mushrooms (nor this size spiders or skeletons laying there and there), but still it looks quite familiar.

Spider’s legs were repositioned so that the spider rises up ready to attack. It required some cutting and glueing, but I think it was worth the effort. Also the Great Shaman and his ‘move in so I can hit them with my staff’ platform is removeable and you can replace it with the spider web catapult.